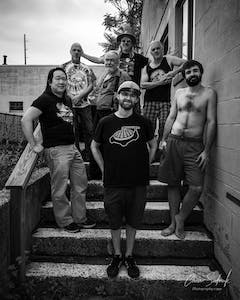 Creamery Station is a national touring act based out of Connecticut. Within a relatively short time, the band has risen through the ranks – having done shows with acts such as Twiddle, Marshall Tucker Band, Keller Williams, John Kadlecik Band, Melvin Seals & JGB, Max Creek, Zach Deputy, Pink Talking Fish, Midnight North, Roots Of Creation, & many more.
The band is primarily focused on developing their original material and found a ton of success with their most recent album release, Walk With Me, which hit #1 on the Relix National Radioplay Jamband Charts and was played on over 200 radio stations across the country.
Alongside a healthy mix of classic songs you know and love, this eclectic, multi-genre band has been garnering some serious attention lately – delivering stellar live performances that you don’t want to miss!