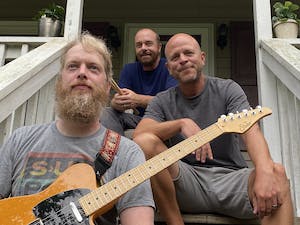 East Coast Dirt was founded in 2005, and its core trio solidified in 2007. For nearly a decade, primary songwriters Brad Boughton, Wilson Hawes and Will Little morphed through different lineups, playing countless shows throughout the Southeast.  Now the band is returning to old haunts and new venues alike to give crowds a taste of old-school Asheville with a new guitar-led sensibility. The ECD sound has been reshaped with original songs and choice covers ranging from jammy psychedelia to full-force rock. Look for East Coast Dirt’s single, “99”, to hit Spotify and other streaming services in August with a full album release to follow in the fall.