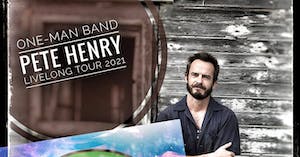 Peter Henry Fisk, b. 1985, is an American singer and instrumentalist. A performer since age 9, Pete has been recognized for his skills on guitar in several styles, completing a Master of Fine Arts in music from UC Irvine in 2010. Having played in a number of bands and ensembles, he has settled in as a singer soloist, touring internationally with his one-man band arrangements of popular tunes and original music.