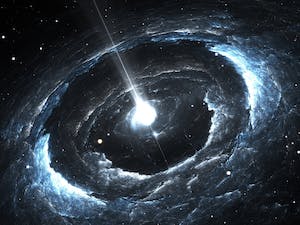 One of the South’s emerging bands displaying a multitude of genres, T7 SPACEGRASS
has a focused appreciation regarding the history of acoustic music, Bluegrass music
and lengthy melodic rhythmic jams of most any style. Two of the members Marty and
Don Lewis come from a deep wooded musical background in the mountains picking
with their Dad Ralph Lewis in traditional Old-time and Bluegrass circles with musicians
such as Bill Monroe, Del McCoury and Vassar Clements (just to name a few). Also
noteworthy is their long time (several decades to present) acoustic rooted band “The
Sons of Ralph”. Marty and Don bring pleasing vocals, harmonies, guitar, mandolin,
fiddle, and dobro instrumentation.

Will McCrary started playing guitar at the age of 12 and has always had a deep-rooted
appreciation for rhythm and acoustic music. He has played in several bands: Cotton
Appleseed, Muse, The Astral Plainsmen, Local Honey, Ton of Hay and The 6th
Dimension. He has also served in several music album/artist tribute bands in the
Honkytonk and Grateful Dead realms. Will brings creative originals and a strong sense
of rhythm and lead work on the acoustic guitar.

JD Smith grew up playing acoustic/electric bass guitar with his roots tracing back to his
home state of Vermont. JD has played for 2+ decades in the Asheville area with various
jammy musical acts such as Phuncle Sam, The Bald Mountain Boys, Jarvis Jenkins and
several other side projects in the Jazz realm and a Steely Dan cover band. He brings
tasty vocals/originals and has a deep focus on rhythm/melody which he drives steadily
in every project through his scientific bass playing.

T7 SPACEGRASS serves up tasty, energetic, psychedelic and outer-worldly acoustic
jam dishes for you to feast your listening pleasures on.