The Return of Tao Jones 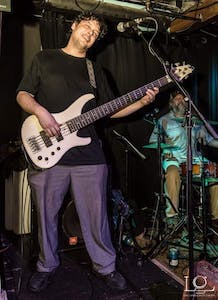 Tao Jones was originally an off-shoot in name only of Paul’s old band Peace Jones. It was originally a back-line funk trio consisting of JD Smith (bass), Sean Mason (drums) and Paul DeCirce (the usual). They were the house band early on at Paul’s infamous “Open Can of Jam” series on Wednesday’s at the Bywater in 2018 or so.

This will be their debut performance in this new line-up. Come hear some adventurous music with some of the Asheville music scene’s long-time performers.