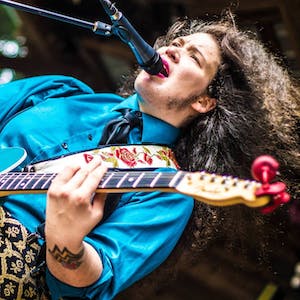 Emily Musolino is a Durham, NC native who mixes soulful vocals with shredding blues rock guitar riffs. The depth of emotion in her voice is stunning and her songs have a classic sound and lyrics that tell compelling stories.

Emily has been featured several times on NPR’s the State of Things with Frank Stasio and written up in the News and Observer. She currently fronts the Emily Musolino Band and plays 200+ shows a year, both bandleader and soloist around the world.